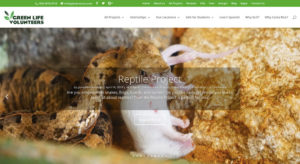 Green Life Volunteers offer affordable volunteer projects in Costa Rica, and is a company I’ve founded myself in 2012.

Wrote all the content, developed the site, took and edited most of the photography. 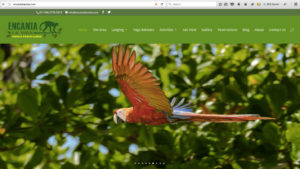 Developed the site and switched from HTML to wordpress, 2016. 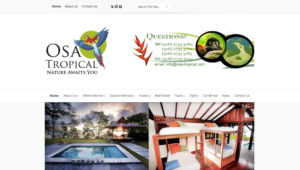 A travel and real estate company based in Puerto Jimenez. Developed in 2012, switched themes in 2015. Osa Tropical offer various houses located in and around Matapalo. I developed the website on wordpress and wrote almost all of the content for Osa Tropical in English and Spanish. 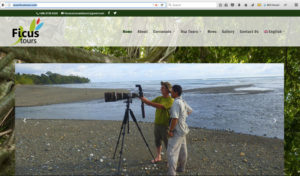 Ficus tours was developed on a budget for local guides on the Osa Penisnula. I helped them create a site that would bring them more visitors. Developed in 2016. 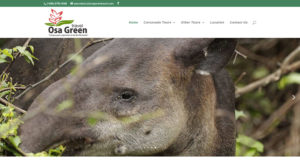 Developed the site in early 2017. Helped to switch themes, re-write some content, change themes and photography. 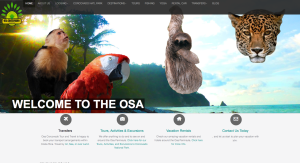 Sol de Osa  is one of the biggest travel agents on the Osa Peninsula. I redesigned their websites from HTML to  WordPress and came up with an entirely new look for the company. I also designed a large 8m x 1 m banner for Sol de Osa, and two store signs. 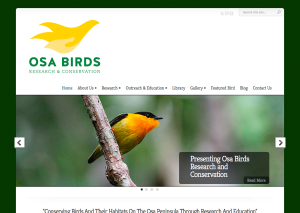 Osa Birds is a new Bird conservation organization on the Osa. They now obtained 501c3 status in the US. The website is now life. 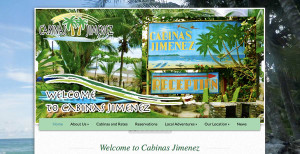 Cabinas Jimenez is a popular hotel in the heart of Puerto Jimenez. Site developed and completed in August 2013.

Cabinas Jimenez was a fun redesign of a site from Yahoo Site Builder to WordPress. I re-organize the entire site,I also did some text rewriting, and I took and edited most of the  photography. 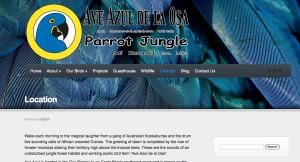 Ave Azul is a federally licensed Avicultural compound, supporting conservation through captive breeding propagation. It is located on the Osa Peninsula of Costa Rica. I’m currently developing their website.

Osa Peninsula Dentist is Dr. Munoz’ website. This site is build from scratch, and I am designing the site, choosing and adding photos, and writing text myself. 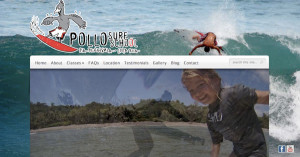 Pollo Surf school is a surf school on the Osa Peninsula in Costa Rica. They offer classes for groups and individuals. I switched their old website from HTML to WordPress. The website development was done by myself, the logo was designed by a different designer.
Developed in 2013. 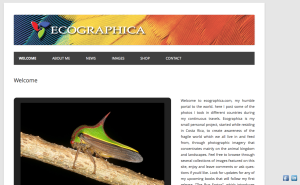 Ecographica is a website I switched over from HTML to WordPress for a photographer.
I also created a shop within the website. The shop is based on a woo commerce plugin, and is an entirely functional online shop with check out through pay pal. 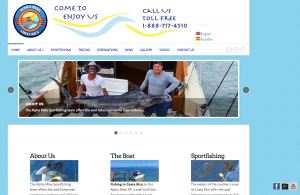 I rebuild their site and switched from HTML to WordPress. I also revised and rewrote new and unique content for the website. The header was designed by me, the logo was done by a different designer.

This website was built in April 2012, and is a new hotel in the heart of Puerto Jimenez, Osa Peninsula, Costa Rica.

I developed the site on wordpress, wrote texts and took most of the photography.

Life as a Freelancer in Costa Rica

I've been living in Costa Rica now for around 2 years. Costa Rica is a beautiful country, especially[...]

A short story of my life in Costa Rica

Most of my friends and family back in my last homes (including Canada, Germany, Sweden, and New Zeal[...]

Map of The Osa Peninsula and Puerto Jimenez is Out Now!

I've recently was hired to design a map for the Osa Peninsula and Puerto Jimenez. The map took me ab[...]

Promotional Video about the Osa Peninsula - and I'm in it :)

Hi there, In December 2012 a friend of mine, Matt, published a promotional video about the Osa Pe[...]

During my major paper research in Costa Rica, I've been writing a blog and published it online. I wr[...]